In Ralph Pagano’s two decades as a chef and restaurateur, he has delighted people with his delicious interpretations of world factors. Pagano’s signature style is taking classic dishes and remixing them. His attention to detail, effervescent personality, and keen sense of taste keeps his food simple, fresh, and most importantly delicious. All the balances of his flavors has come from a distinct ethnic background and world travel.

Chef Pagano’s balance of flavor and technique combines his Italian and Lebanese background.  The chef is a graduate of the Culinary Institute of America. He has worked his way through some of the best kitchens in NYC. The chef secured positions at legendary restaurants like The Sign of The Dove, One If by Land Two If by Sea, and the Hudson River Club. He also secured positions at The River Café, STK Miami, and Gulfstream Park racing and casino. Above all of the different styles and combinations of those restaurants, Ralph has developed a unique style all of his own.

After his iconic casting for the first season on Gordon Ramsey’s Hell’s Kitchen in 2005, Pagano has become a chef staple at home and abroad. He batted Iron Chef vs Bobby Flay in 2006. Furthermore, he took his talents around the world with Pressure Cook in 2007. Where he is dropped off in far-flung locations throughout the world. Furthermore, he only has 72 hours to discover the country’s culinary cuisine before the time arrives for him to depart back home.

Chef Pagano can be seen on Quick Bites of the Balancing Act on Lifetime. As he hosts, he teaches viewers tips, tricks, and recipes for nutritious and delicious meals. On top of that, he truly enjoys teaching new aspiring cooks and adults to spice it up and get in the kitchen. Ralph is also hosting the new Celebrity Edition of the Balancing Act. The all-star cast, including Shahs of Sunset star Reza Farahan, Real Housewives of New Jersey alum Caroline Manzo, talk show legend and Military Makeover host Montel Williams, and actress Ali Landry. This special edition focuses on getting celebrity perspectives on topics that matter, along with products and solutions for modern living.

If you see an Airstream trailer bopping across Miami with a familiar face on its side, stop and say hello to Ralph Pagano. Ralph is driving around Miami shooting a series of Ralph on the Road segments for Lifetime’s morning talk show, The Balancing Act.

Since 2010, Ralph has been a guest host on the weekly Paul Castronovo Radio Show. He produces weekly recipes for Big 105.9 every Tuesday from 8-10 AM. The chef has also hosted another TV series called All Mixed Up. The competitors are culinary students from prestigious culinary academies. Additionally, it includes Pagano throwing challenges at them to see if they can handle being All Mixed Up.

Pagano’s passion for global gastronomy, entertaining, teaching and learning are the founding principles for his company. Yes Hospitality Group only specializes in one thing “Saying Yes.” Internationally known, nationally recognized and locally accepted, Ralph’s reputation for eating, drinking, and being merry proceeds him.

On June 22nd  2017, Ralphs life and career was turned upside down. The chef had suffered burns over 30 percent of his body during a kitchen explosion. This occurred while he was opening his new restaurant in Bimini. He was airlifted to Ryder Trauma Center’s UM Jackson Memorial Burn Unit. As a result, he had undergone four painful skin grafts, mainly to his hands, arms, legs and face. From the very start, Pagano had an amazing attitude about his recovery and the horrific accident.

Given a second chance at life, today Ralph is BIGGER, BETTER, AND STRONGER. As this time, the chef is focused on helping other burn survivors at Jackson Health, where he was treated. Chef Pagano also participates in many motivational events such Teach-A-Thons, and various charities. Ralph was the recipient of the JWU Zest Awards for the 2018 Courage Award. 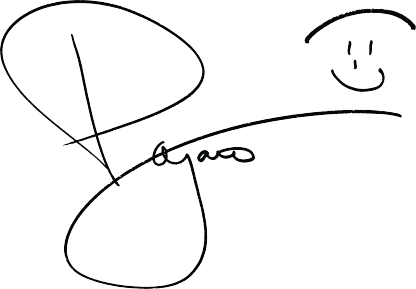